Bella Thorne And Tana Mongeau Dating? The Truth About Their Relationship & Love For Weed

Bella Thorne is apparently dating not one but two people.

Thorne, 21, revealed she is dating boyfriend Mod Sun, 31, and Tana Mongeau, 20, in an interview with Amy Kaufman of the Los Angeles Times.

“Her boyfriend, Mod Sun, is a heavily tattooed ‘hippy hop’ star who has been known to serenade Thorne’s vagina during his concerts,” Kauffman wrote. “Her girlfriend, Tana Mongeau, is a YouTube star whose vlogs include such content as “I GOT ARRESTED AT COACHELLA…storytime?” and “3 girls, 1 bath.”

As if one relationship isn’t enough work, Thorne has decided to take on two partners at once.

Are they ok with this? Do they know about each other? This piece of information was casually thrown into the article so expertly that it was easy to miss. Kauffman does not elaborate on Thorne’s “throuple” relationship but one thing is clear — she has a boyfriend and a girlfriend.

Thorne came out as bisexual in 2016, so it’s not surprising she is dating a girl.

The surprising part is the polygamy, but who are we to judge? There have been rumors about Thorne and Mongeau for quite some time. The pair were photographed making out in Hawaii earlier this year and have posted many pictures kissing each other on social media.

In April 2017, Thorne explained to Harper’s Bazaar that she’s wanted to date a girl for a while.

“I’ve done other stuff with girls, but I want to actually date a girl,” Thorne told the outlet. “I can’t tell if a girl is hitting on me, or she just wants to be friends. And, I don’t want to flirt with a girl if she thinks I’m just being her friend. What if I kiss a girl and she’s like, ‘Oh, I’m just your friend dude, I can’t believe you crossed that boundary.’ I’m confused on what they want from me.”

The tell-all interview with the Los Angeles Times also explores other aspects of Thorne’s life, including her 19 (yes, 19) cats, how she began smoking weed, and depression. 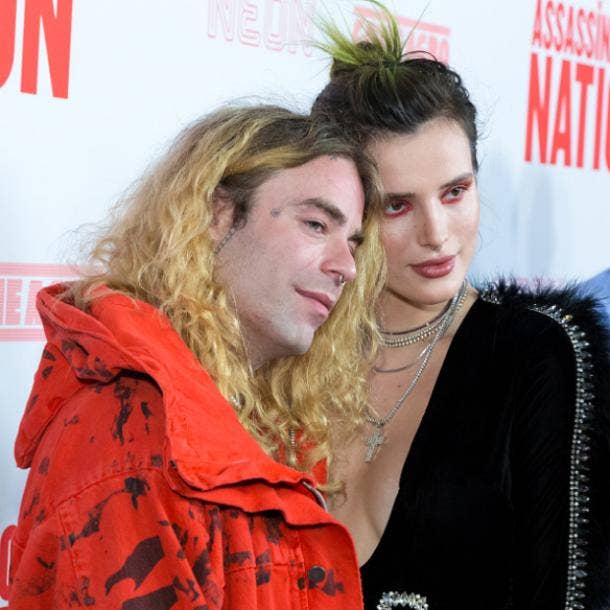 Thorne ended up with so many cats because she is against spaying and neutering animals.

“She didn’t want her first cat, Lola, to be spayed because she thought it was barbaric, and now there are four generations of cats living here: Nuzzling against your knee, crawling up the screen windows, tearing down metallic streamers,” Kauffman wrote.

The actress, who began her career on Disney, is very open about smoking pot. Her Instagram features multiple photos of her with a blunt in her hand or smoke bellowing out of her mouth. Thorne finally detailed her history with weed and the story of how she started smoking marijuana.

“I used to be super, super against weed,” she told Kauffman. “When I was 16, my boyfriend smoked weed and I would get so upset. I thought it was the devil’s lettuce. I was always the really good two-shoes — the one that was the teacher’s pet in that annoying sense.” 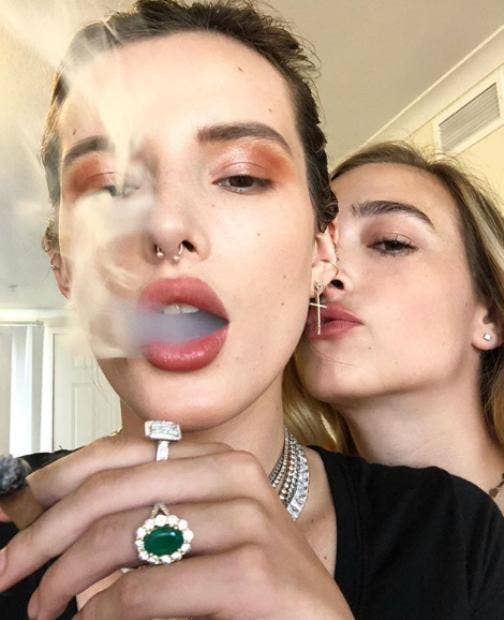 But Thorne landed an acting role when she was 16 where she had to cry. She would get so lost in character that it affected her at home and prevented her from sleeping.

“She said she would get so into the character’s emotional headspace that once she started crying, she couldn’t stop,” Kauffman explained. “On the drive home from the set, her mom would have to turn up the music just to drown out her daughter’s wails.”

That’s when she turned to her brother for weed.

The Coolest Weed Experiences Worth Traveling To Right Now

Weedmaps and Afters are Giving Out Free Ice Cream at Smorgasburg