Reports of Pet Marijuana Poisonings on the Rise in California

Marijuana-related calls to the ASPCA poison control center have increased from 132 in 2015 to 186 this year.

Walter the Staffordshire bull terrier loves to go for walks around his Studio City neighborhood and, like most dogs, he’ll go where his nose leads him.

But something unusual and alarming happened after Walter checked out a discarded item under a bush. His reaction would make any dog owner’s heart skip a beat.

“All of a sudden he got something to eat from under the bush that I didn’t see,” said owner Steve Hofstetter. “The next morning, he was a different dog. He was stumbling a lot. He was bumping into things.”

Hofstetter brought Walter to a veterinarian whose first question was whether Walter had ingested THC, an ingredient found in marijuana. Walter’s tests showed he had THC poisoning.

Increase in Pets Poisoned with Pot 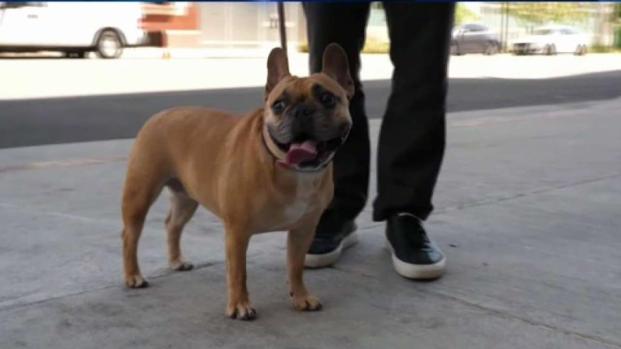 Veterinarians have seen a big increase in marijuana poisoning on pets since the drug became legal in California. I-Team’s Lolita Lopez reports for NBC4 News at 11 p.m. on Oct. 2, 2018.

“I never thought about it before. I don’t smoke,” Hostetter said. “And, I was thinking, ‘Well, how the hell is that possible?'”

It turns out pet marijuana poisoning reports have increased since recreational marijuana use became legal in California. The NBC4 I-Team looked at data from the American Society for the Prevention of Cruelty to Animals poison control center that shows there were 132 marijuana-related calls to the agency in 2015.

So far in 2018, that figure has jumped to more than 186. Most cases go unreported, according to the ASPCA.

“We’re seeing at least a case a week, usually,” said Julio Lopez, a veterinarian at Santa Monica Pet Medical Center. “There are some times during the weekends where we may even see two or three pets within the same day.”

Crowdfunding Is Revolutionizing The Cannabis Industry. Here’s Why.