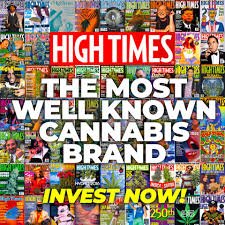 The Securities and Exchange Commission has told a U.S. operated cannabis media and dispensary company, High Times Holdings, that they must halt accepting investments in their mini-IPO because they have failed to meet an extended deadline to file their audited annual report.

The last date the company was allowed to take investments was the middle of June.

High Times securities lawyers, Stephen Weiss and Megan Penick of L.A. based Michelman Robinson LLP, confirmed in an email interview yesterday that the company can not accept sales until they get their annual report filed and publicly available for investors.

But, that hasn’t stopped High Times from continuing to pitch main street investors interested in Cannabis to pony up their hard earned dollars via email solicitations for investments, according to marketing material seen by Cannabis Law Report sent by the company this week.

When attorney Penick was asked why the company was still soliciting investments she initially told Cannabis Law Report, in an email sent on June 7, that she wasn’t aware that it was happening.

High Times used a reporting extension the SEC created because of the Covid-19 pandemic to get a 45 day extension to file the annual report and said in recent SEC disclosure filings, called Form 1-U, that they promised investors to get them current revenue, cash flows, debt levels and asset values by June 12, 2020 via the annual report; but CLR has learnt that this never happened.

Adam Levin’s company has spent over two years trying to get main street to invest up to $US50 million without a successful close date that could lead to publicly traded stock on the OTC Markets under the ticker $HITM.

On June 30th, 2020 the company made an SEC filing announcing once again their mini-ipo would be extended for yet another three months but left out the important fact that they couldn’t actually accept sales.

When asked about the perceived lack of disclosure to investors, attorney Penick told CLR that since the SEC doesn’t require an issuer to disclose, the offering can’t be sold. CLR understands that High Times didn’t undertake this.

Cannabis Law Report reached High Times escrow agent, Prime Trust, who said they were not aware that sales of the offering had been halted. As of press time they have not responded to CLR in order to confirm the sales had stopped as of June 12 2020.

When asked if it is normal practice for a Reg A issuer to continue to solicit investments when it can’t accept sales; securities attorney Sara Hanks told Cannabis Law Report,”

The SEC may have softened up in the Covid crisis but previously, both sales and offers were supposed to stop during such time as the issuer was delinquent in its filings, because there is no exemption under Reg A  for “offers” (advertising etc) while a company is delinquent.”

Attorney Hanks, who was one of the key attorneys to work with the government to shape the laws and rules of the mini-IPO RegA+ offering, also pointed CLR to legal advice she wrote for small cap companies on what to do when you have to halt your offering. This includes taking down your online offering page. As of press time, High Times still has their investment offering page live.

Attorney Hanks warns if investments sales are completed they could be considered sales of unregistered securities. “If you take any money while you are not in compliance with the Reg A ongoing reporting requirements, you are making an unregistered offering in violation of Section 5 of the Securities Act of 1933, and people who buy in those circumstances have the right to make you take them back and refund their money, with interest. Plus, that unregistered offering may be considered a disqualifying “bad act”, wrote attorney Hanks on Crowdcheck.com.

Adam Levin did not respond for comment when reached by email asking why the company is still soliciting offers.

In 2016 the Securities and Exchange Commision went after the one of the first cannabis companies, Med-X, to use RegA+ to raise capital and charged them with an enforcement action for continuing to sell their RegA+ offering after they failed to timely file their annual report.

The SEC case, first reported by this reporter for Growth Capitalist Investor, was closely followed because even after Medex got their annual report filed, the SEC still didn’t want the company to be allowed to raise capital through RegA+. Med-X eventually won the case, after nearly a year of litigation and expensive legal fees.

Regulation A+ was created through the JOBS Act for emerging growth companies to raise money from main street while requiring less financial reporting than a traditional IPO and High Times appears to have taken advantage of that. The cannabis investing market often comments on how Adam Levin overpaid for the cannabis media assets in 2017 when his group of investors bought the magazine company from the original owners in deal valued at $70 million and funded through debt with high interest. He then publicly announced he’d get the company listed on NASDAQ but subsequently failed.

Since then investors have seen a rapid pace of public announcements about asset purchases, via signed letter of intents, hyping the potential growth of High Times followed up with quiet SEC filings announcing the deals had either fallen apart or been watered down.

A purchase of working cannabis dispensary stores and license in three U.S. states from publicly traded Harvest Health is the most recent example.  The original deal signed in April valued at $80 million included 13 dispensary licenses and then last month it was announced High Times would only be buying 10 licenses and they’d be losing two working California dispensaries in the renegotiated deal.

Additionally, in the last month there have been multiple news reports questioning if Harvest even has ownership or control of the cannabis licenses to sell to High Times.

Very little cash actually changes hands in the deals crafted by High Times; instead it has announced millions of stock (which isn’t publicly traded yet) will pay for the asset purchases. With the Harvest acquisition, High Times attorney Stephen Weiss confirmed for CLR that $1.5 million was paid to Harvest but at signing only $500k was given. The asset purchase agreement filed with the SEC said High Times would pay Harvest $1 million on signing.

That leaves the question how the company, via advice from their attorneys, has kept investors informed of material changes in the company through scattered announcements via 1-U filing instead of updating their offering circular.

In an interview with attorney Weiss and Penick they repeatedly sworn, they understood  the way the company is disclosing material events is accepted by the SEC. But other attorneys interviewed by CLR with experience in writing Reg A offerings question this narrative.

“The regulations for Reg A offerings still require an amendment at least once a year and upon any fundamental change, and this company appears to have had both and not filed amendments. And the rules do not permit the 1-U’s to be incorporated. You can’t get around that by having an investor sign something. The SEC does not want unsophisticated investors having to scour 1-U filings to find all the information scattered about. That’s why they have that rule,” an attorney who has worked on Reg A offerings for years told Cannabis Law Report. 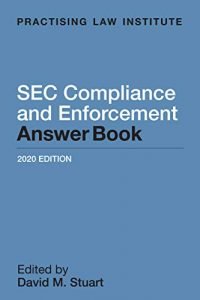 After multiple attempts to get attorney Weiss to site which SEC rule allows him to use U-1 forms to disclose material events he wouldn’t list one.

High Times initial offering circular dates back to events from 2017 that speak to the company operating as a media company. It wasn’t until recently that Adam Levin changed course and decided the company would move to becoming a cannabis retail dispensary company.

The company has also moved through three CEO’s in the last year which lawyers considered a material event. High Times have done what can be described as a work-around and filed what is called a supplement to the circular offering which wasn’t reviewed by the SEC instead of amending the offering which needs SEC approval.

When asked about this attorney Penick defensively informed CLR,” The offering circular supplement is the same as the offering statement, just with a different cover page.  The SEC always has the opportunity to review a document, make  comments and require the filing of an amendment.  In this case, the SEC did not comment or ask for an amendment. Had a review commenced, the offering would not be qualified until such time as the review completed.”

High Times attorney Weiss also offered an explanation that they can’t file an amendment to the original offering because the company doesn’t have 2019 financials audited yet. But why that audit hasn’t happen isn’t clear given the company appears to have money to buy other cannabis assets but is unable get an audit done.

Attorney Weiss and Penick have repeatedly told Cannabis Law Report they think High Times is in compliance with SEC rules and confirmed that they have had verbal conversations with the SEC about High Times missing their annual report deadline.

High Times hasn’t made recent public announcements about how much they have actually raised through their mini-ipo. The last SEC filing from 2019 said as of April 30, 2019 the company had raised $15 million of their $50 million goal.

To Read The Rest Of This Article By Staff on Cannabis Law Report
Click Here
Published: July 09, 2020