She Is Co-Producer of the Industry’s Largest Festival

Taylor Blake hails from what is considered to be the “First Family of the Emerald Triangle” and co-produces the most recognized cannabis festival in the industry: The Emerald Cup, founded by her father, Tim Blake, a famous cultivator and cannabis advocate. The Cup just celebrated its 15th year with the largest attendance ever, who gathered at least in part to honor Willie Nelson with the lifetime achievement award that will now be known as the “Willie Nelson Award.”

After completing a bachelor’s degree in psychology from the University of California, Santa Cruz, she now hosts the “Academy Award” of cannabis by her father’s side. Taylor has grown up surrounded by this industry in a way that many would never get the chance to experience. Here is here story. 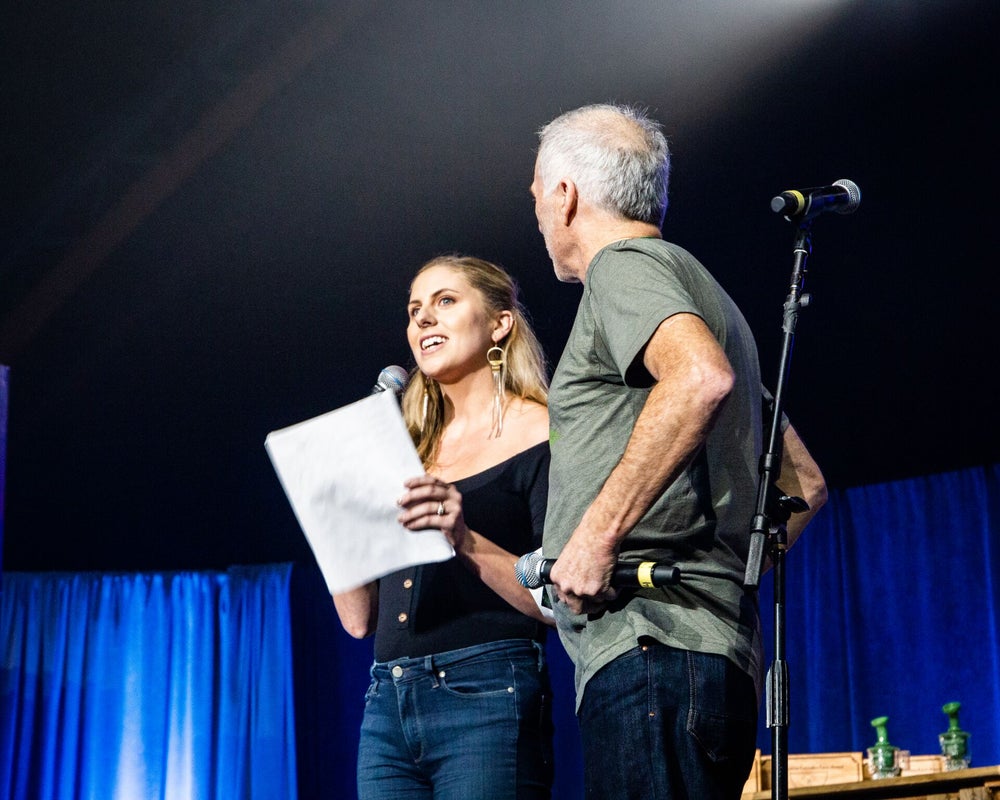 What brought you into the cannabis industry?

I would like to think that I was born into the cannabis industry. My father, Tim Blake, has been involved with cannabis since the 1970’s so I was involved in the industry before I even knew what that really meant. When my parents divorced, my mom decided that she wanted to remove me and my sister from being around cannabis, so she moved us from California to Washington.

Interestingly enough, when I moved back to California in my early twenties I was immediately drawn back to my roots. That was the year that I grew my first sun-grown cannabis crop with my dad and attended my first Emerald Cup. After seeing first hand how much hard work goes into sun-grown cultivation and then the joy of celebration during The Emerald Cup, I was hooked. At that time, the event was just a small community of like-minded individuals getting together but it felt so impactful to everyone who attended. I went on to get my degree from UC Santa Cruz, all while still working part time with cannabis and The Emerald Cup. After graduating in 2012, I felt drawn into working full-time with the event as it was expanding exponentially year by year. One of the most special and unique elements of our event is its rich historical significance in the cannabis community of Northern California.

What obstacles and challenges have you experienced in operating within this industry?

I would say one of the largest obstacles has been the historically negative stigma surrounding cannabis. Specifically when it comes to The Emerald Cup’s long history (this will be our 15th annual event) taking place in California, we have worked through quite a bite of negative stigma over the years. It has been difficult at times to get people outside the industry to take us seriously.

It has also been challenging to stand firm over the years on some of the morals of the cup. The event has always been about sun-grown organic cannabis and celebrating small farmers in California. We have always tried to cultivate a unique experience for our attendees where they know they can find organic food vendors, clothing, nutrients and, most importantly, cannabis. That has meant that we have had to say no to companies participating in the cup that do not fall in line with that experience. At times it has been difficult.

Banking has been one of the unified struggles for mostly everyone in the cannabis industry and we are no different. Even though we technically are not selling any cannabis products, we have had banks turn us down, we have had issues with every online payment system we have used, and in the past we were forced to be a cash based business.

You Can’t Spell Cannabis Without BS, An Advisor Describes How Not To Get Taken

From Mary Jane to marijuana: The ever-evolving language for weed