Why Los Angeles Is The Silicon Valley of Social Impact

Walking down Abbott Kinney Boulevard in Venice Beach is like walking down an alternative Rodeo Drive: one that is populated by high-end boutiques and restaurants, all featuring the latest fashions and food. But look a little closer and you’ll see that there is a common thread. Socially conscious fashion brands like Shinola, Warby Parker and Tom’s all have flagship stores, bursting at the seams with customers. The coolest restaurants like Gjelina, Felix(Esquire’s Best New Restaurant in America) and The Butcher’s Daughter are known for beautiful, ethically-sourced, plant-forward cuisine (one of the hottest menu items on the street is The Impossible Burger,a delicious meatless burger that tastes as close to the real thing as you can imagine). At Med Men, a sleek cannabis dispensary outlet, the design is more Apple store than smoke shop, all Ipads and blond wood, with patient ‘budtenders’ there to help the crowds of newbies with education and advice. Down the block at Bulletproof Labs (a spin-off of Bulletproof Coffee) fitness enthusiasts get to optimize their performance, biohacking themselves with cryotherapy, light therapy and float tanks. At Stretchlabs on Rose Avenue, trained yoga instructors stretch tired muscles into shape, easing the tensions of daily life. It’s not unusual any more to see a SpaceX Falcon 9 rocket fly overhead after a launch from nearby Vandenburg Air Force Base, whilst below our feet Elon Musk’s The Boring Company is getting ready to transform traffic jams into a thing of the past. And as the gentle California sun sets, tourists and locals alike gleefully zip around on Bird electric scooters, grinning like ten-year-olds in delight (no wonder the company was the fastest unicorn to hit a billion-dollar valuation ever).

Living in LA is like living in the future. It’s a constant stream of crypto, cannabis, and content. I do believe that the intersection of the creative scene, entertainment business and emerging technologies create a unique mix of entrepreneurs who look at the future differently. Combine the technology with LA’s history of leading the country in wellness it all makes for a super interesting city. After being on the east coast for 20+ years it feels good to be a part of this energy,’ says James Andrews, Managing Partner at OpenNest, a brand accelerator and venture studio dedicated to social impact. 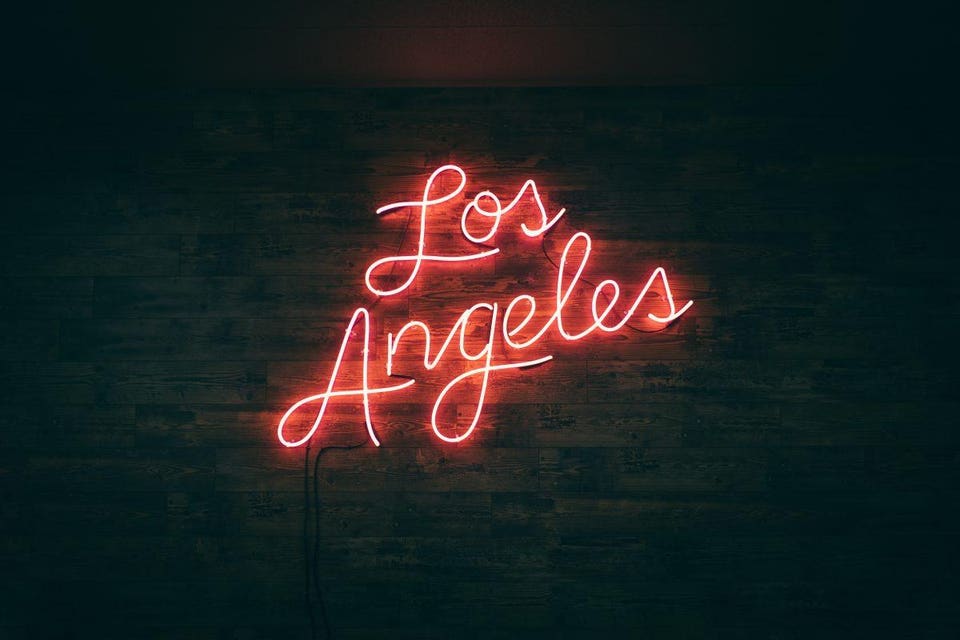 In the words of Buffalo Springfield, ‘There’s something happening here’, a new awakening in LA’s zeitgeist, fuelled by cross-pollination amongst several tectonic forces colliding together. There is the new world of Silicon Beach, where companies like Google, Facebook, Snapchat and more have taken over massive spaces (there’s the internet down here as well, and you know, sunshine). That coupled with the historical industries of movies, TV, music and gaming have created for the new corporate juggernauts of our time. In addition to ‘golden age of television’ giants like Netflix and Hulu, companies like Apple and Amazon are taking over vast chunks of Culver City to build their own campuses as the content gold rush continues – at last count there were more than $21 billion dollars in new content budgets that didn’t exist a few years ago – and this is before Disney unleashes its ‘Disneyflix’ competitor to Netflix which is already gearing up to be quite an addition. Not to mention gaming companies like Activision in Santa Monica whose gigantic franchises like ‘Call of Duty’ can generate oh, just a billion dollars of sales in the first two weeks. And finally, the vanguard of virtual reality is represented with cutting-edge companies like supercool director Chris Milk’s Within, The Virtual Reality Company, Survios, and Emblematic Group, founded by Nonny de la Pena, dubbed the ‘Godmother of VR’. LA is a city built on story, and as our culture is more hungry for stories than ever before, on more devices and more screens, this is the place to be for creators of all kinds.

And those stories are increasingly taking a purpose-driven lense to the world. In addition to incumbents like Participant Media (who have a fantastic track record of producing films like ‘Spotlight’ ‘He Named Me Malala’ and ‘An Inconvenient Truth’) are new entrants like veteran producer and criminal justice reform activist Scott Budnick who has launched Good Films, a $150 million fund to create films with maximum social impact. And in the wake of the TimesUp movement, with a legal fund of over $21 million to help pay the legal fees of women who have been sexually harassed, more initiatives have been unveiled like the Evolve Entertainment Fund by filmmaker Ava Du Vernay, producer Dan Lin and Mayor Eric Garcetti to promote inclusion in the entertainment industry. And Compton which has long produced superstar talent from Dr Dre to Venus and Serena Williams has its latest champion in Pulitzer-Prize winning artist Kendrick Lamar(maybe Compton is the real Wakanda).

Michelle Obama Talks About Smoking Weed In Her New Book

She Is Co-Producer of the Industry’s Largest Festival